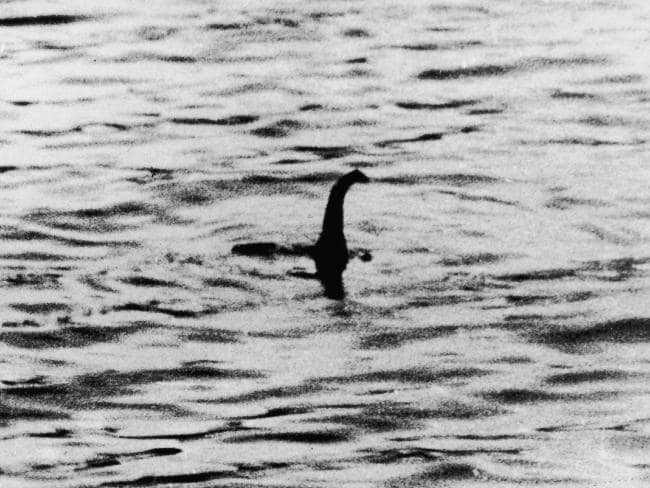 Has this ever happened to you?

Note: Completely rhetorical question - as I already know that the answer is a resounding “Yes!”

You sit down at your computer brimming with optimism about all the work you’re about to crush to get ready for the big demo - but first, you just need to quickly reply to that guy on Twitter about why Angular is better than React…

Fast-forward to 10 hours (and 4000 tweets) later and you’re getting ready to pack up for the day, happy about how you handled that troll, but a bit miffed that you didn’t get any work done.

Fast-forward to 3 weeks later, and you’re hiding under a table at CES so you don’t have to explain why your live demo seems very much like a hacked-together screen recording playing in a loop.

You get home a few days later promising this would never happen again, and DEFINITELY won’t happen for your next demo in a month. So you crack open your laptop, ready to hit the ground running… But first, what’s with this jerk tweeting that Aurelia is better than VueJS???

So true it hurts a little

I’ve love to say that the above story has never happened to me, since I don’t spend much time on Twitter, and I know better than to get into a flame-war about a JS library - but it still rings painfully true to me.

More often than I’d like to admit, I find myself with a pressing deadline that seems to have come out of the blue. About 80% of the time, it’s because the client springs a last minute, urgent project on me - which leads to all sorts of hacking and slashing that I’m not proud of, but had little say in.

I have more than enough time to meet a deadline (read: I am given approximately the amount of time a project/feature will take), but I still find myself working at the 11th hour. There’s not necessarily any one reason for this - but the lost hours on my computer doing stupid stuff ranks pretty high.

So… Time to solve that!

Knowing that I waste all kinds of time on certain websites… Well, why not just stop them from being accessible to my computer at all?

How do we do this? Pretty simple actually - edit the hosts file and block each URL.

In your /etc/hosts file, add this:

Basically, what this is doing is that any time you enter one of those websites into (any) browser, they’ll automatically be re-directed to your localhost.

The hosts method worked pretty damn well for me. It was such a natural habit for me to go to a couple of websites when I’m bored, distracted, or looking for a distraction.

I’d type in some random time wasting website, then get stonewalled by this: 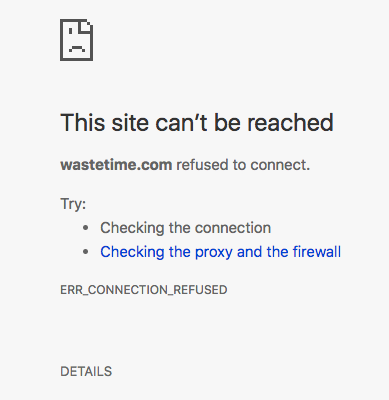 The underlying problem is that my brain is looking for a distraction, so when I open a browser and type in “tsn.ca” - there was no real conscious effort. It was just a habit… I wouldn’t even consciously think about it, until I had spent a few minutes browsing some stories (ditto for reddit, linkedin, etc) - and then I would be like “goddammit, how did I get here? When the hell did I open this tab?”. Brain was entirely on autopilot.

So, functionally, this hosts blocker was really good. I couldn’t go to some of my time killer websites, and I wouldn’t lose a couple minutes (or hours) per instance… BUT! This definitely did put a mental block and a context switch into play, which takes me a couple of minutes to recover from each time.

To test this theory out I decided to write my first ever Chrome plugin. I’d had this in the back of my mind for months, but I assumed there was a lot of start-up, and reading, and learning I needed to do…

As it turned out, it took exactly 42 minutes to figure out how to write my plugin, write it, enable it in Chrome - and it’s been there ever since.

It’s only a handful of lines of code, and the popup portion isn’t even used right now (maybe one day I’ll update it to add start/end times, and maybe even changing redirects and such).

I’ve hardcoded some sites I want to avoid (I don’t know why I included Facebook - I haven’t had an FB account in years) and when Chrome tries to go to those sites, my browser is automatically re-directed to my pending BitBucket issues list (or Github issues, or whatever). Super clean, super simple.

What’s supremely crazy is that, it’s so habitual (and not conscious behaviour) when I type in tsn.ca, that now when it auto-redirects me, I start going through my tickets thinking that was the site I was supposed to be on all along

The other day, I typed “tsn.ca” in, it auto-redirected to BitBucket (I don’t even see the TSN website - the URL redirects automatically without loading the page), then I completed a couple tickets in 10 minutes, and afterwards I was like.. “Wait, What the hell… I was supposed to be looking at sports!”

What about the other extensions?

I’m aware that there are other URL blockers and such in the Chrome Web Store, but I keep my extensions list pretty tight. I’d prefer random companies not have access to my browsing history and whatever else they can glean from the Chrome permissions they take.

Remember - if a business is giving you something for free, then you’re the product.